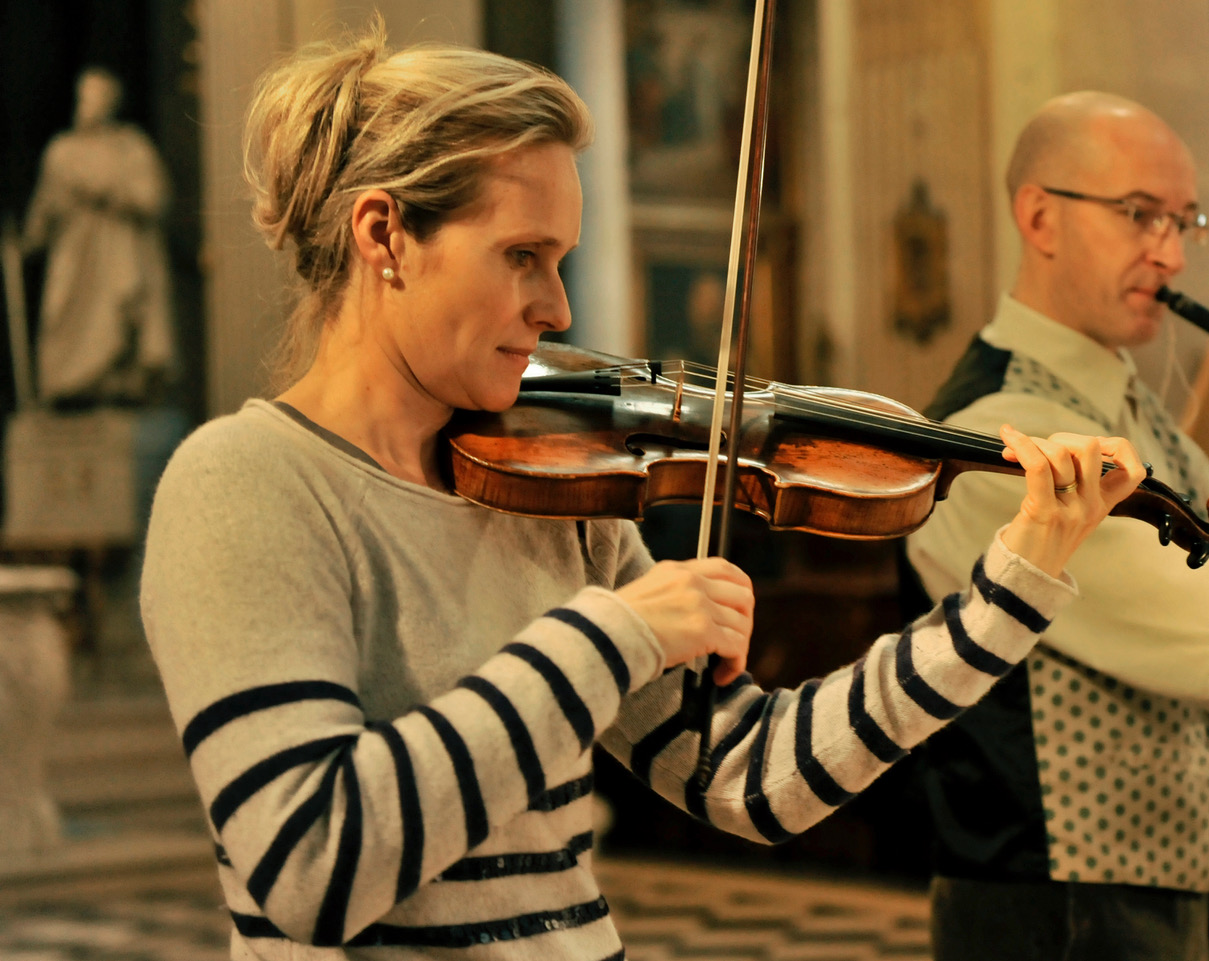 Stéphanie Pfister studied contemporary violin at the Conservatoire de Strasbourg.  But her keen interest in Early Music soon led her to Basel’s Schola Cantorum where she devoted her energy to the baroque violin under the guidance of Chiara Banchini. In 1997, she graduated brilliantly with a Soloist diploma.

Since then, she has joined many European ensembles as First Violin and participated in chamber music concerts.

Her discography includes recordings for labels such as:

She has also made a Ligia recording of French music , with her long-time partner and accomplice, Martin Gester: “Portraits and Characters”.

An esteemed teacher, Stéphanie Pfister has been giving classes since 1997 at the Conservatoire de Strasbourg as well as master classes in France and Switzerland (Orchestre de Nancy, Schola Cantorum Basiliensis, Conservatoire de Nice). She was, for three years, “Guest Professor” at the Académie de Sablé for the classes of string instruments and orchestra.