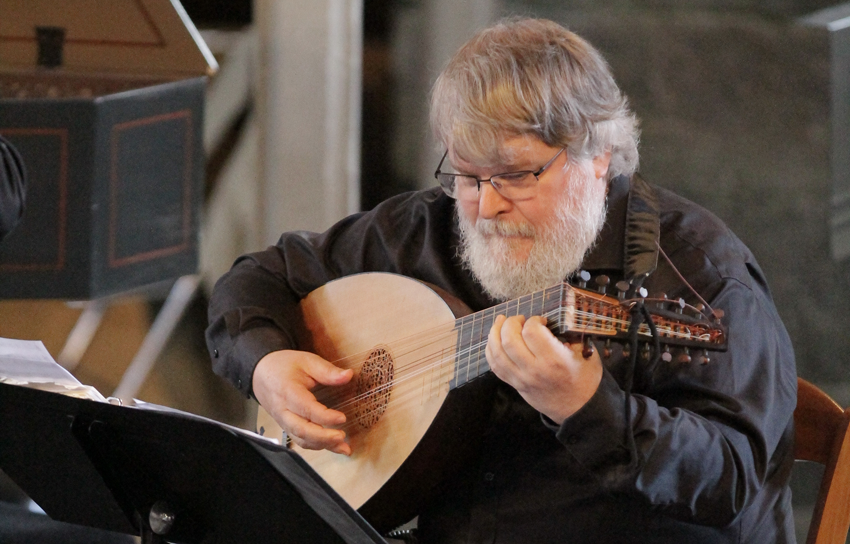 Few instrumentalists establish themselves with such firm authority as Paul O’Dette has on the lute. In fact, one writer described him as “the clearest case of genius ever to touch his instrument.” In fact, O’Dette helped define the technical and stylistic standards to which twenty-first century performers of early music aspire. In doing so, he helped infuse the performance practice movement with a perfect combination of historical awareness, idiomatic accuracy, and ambitious self-expression. “I remember when I first started playing the lute,” O’Dette once recalled, “the common perception of Renaissance music was that it was kind of pre-expression — that people didn’t use dynamics, they didn’t use tone colors…. [But] the more we’ve learned, we’ve realized that in fact all of these expressive devices were being used throughout the 16th century.” O’Dette deserves much of the credit for bringing this aspect of early music to the fore of performance practice.

O’Dette’s musical career can be traced at least back to high school, during which time he played electric guitar in a rock band. Frustrated with the lack of pedagogical consensus within the rock guitar world, and seeking a higher level of technical rigor and discipline, O’Dette took a friend’s advice and sought out instruction from a classical guitar teacher in order to improve his rock playing. His first assignment under his new teacher was to learn some Renaissance lute pieces arranged for guitar. He was immediately transfixed by the sonorities of the Renaissance, and sought out recordings of the music on authentic instruments. Also, as luck would have it, his teacher had a kit-made lute that he had never learned to play, which he sold to his student. Over the next few decades, O’Dette’s collection expanded to include over 20 instruments, including a lute, an archlute, a chittarone, and a Baroque guitar.

The expansion of his collection paralleled the development of his career as the world’s foremost lutenist. In 1976, O’Dette became director of early music at the Eastman School of Music. He has subsequently appeared on over 100 recordings, both as a featured performer and with such prestigious company as Nigel Rogers, Christopher Hogwood, Jordi Savall, Trevor Pinnock, and Gustav Leonhardt. Among his accolades are several nominations for Record of the Year for his highly respected 1995 recording of John Dowland’s complete works for lute; the next year his CD of Purcell songs, a collaboration with Sylvia McNair, won a Grammy.

Perhaps O’Dette’s style can be described as deeply human. Crucial to his sound is his awareness of the ethnic and dance topics that figure into the music. The dance gestures that correspond– albeit sometimes in only a stylized way — to the musical figures, find expression in the contour and phrasing of O’Dette’s lines. He makes another enlightening comparison, as well, one based on writings contemporaneous to the music: “All of the 16th century sources say that the best instrumentalists are those who can make you believe you are listening to words — that the best instrumental playing strives to imitate the voice in every way possible.” This appealing (and historically informed) philosophy of performance and O’Dette’s impeccable technique, have made his performance of early music a creative, rather than a curatorial, endeavor.